You are here: Home / News / Cookie Does Shoes Proud

The Cookmaster, Matty Cook, helped make history last week when he competed in the Australian Surf Festival at Port Macquarie. 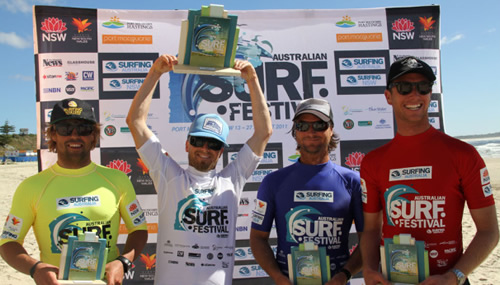 He was one of 10 competitors. Alaia boards are the original surfboards of the ancient Hawaiians – long, thin, finless and made from wood.

They are as hard to ride as climbing up Mt Everest – but Cookie excelled in the clean one metre waves to enter the record books.

They will be his secret weapon at the “anything goes” Ron Inman Memorial Showdown on 10 December.