You are here: Home / Competitions / Holman Spins a Winner

Matty, with plenty of big gouging turns and full-tilt slashes, was already pushing frontrunners Matt Mulder and Jarrod Horner with three minutes of the 30 minute showdown to go.

But never one to take prisoners, the hulking naturalfooter boxed a big floater-360 combo to get the edge. 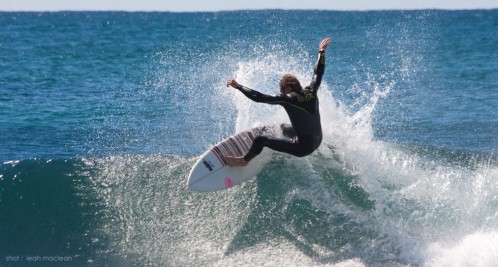 Mulder and Horner both pushed the limits to come in second and third respectively, and those results coupled with reigning champ Jack Irvin’s semi-final loss has thrown the 2010 open title race into sharp relief.

Jesse Horner claimed the Junior final from Harrison Martin, Tyler Barnes and Nathan Hatheier to grab a commanding lead on the points table – 85 points versus 71 for Nathan and 65 for Reece Moffat. 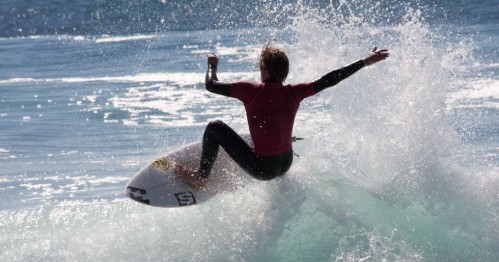 The Supergroms made the most of the heavy wave conditions, with Dion Earle edging out Ben Boylan, Nathan Martin and Eathan Jackson. Jackson has a two point buffer from Nathan on the leaderboard, followed by Dion and Ben.

Matt Holman earned the Puresea Surf Shop voucher for his inspired surfing performance. The Skullcandy headphones award has been held over to next month.

See all the great photo action on the Gallery page, courtesy of sharp shooting Leah Maclean.