You are here: Home / Competitions / Jarrod Setting A Hot Pace

Reigning Open Champ Jarrod Horner is laying down the challenge to all comers with a blazing start to the new season.

Horner won the February pointscore and grabbed a runner-up spot in March to amass a total of 31.5 points going into the April showdown (2-3 April). 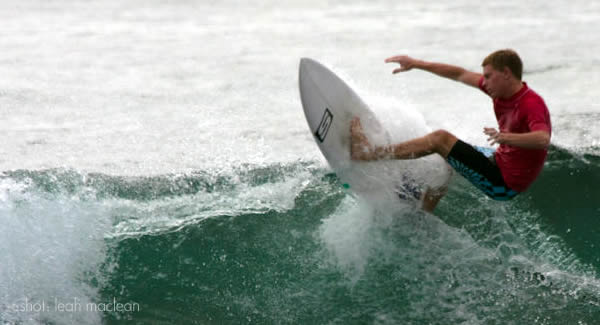 The competition is super fierce, with Dom Smith, Craig Fry, Steve Cryer and Jesse Horner all breathing down the necks of the frontrunners.

Jarrod showed he can stare done the opposition when he coolly saw off a rampaging Matt Mulder in a nail-biting finish for the 2010 crown.

Junior heavyweights Jacob Boylan and Reece Moffat are locked in a tight struggle after two rounds, with a tally of 22 and 21 points respectively, so standby for plenty of fireworks in the April tussle.

Pocket rocket Nathan Martin, stepping up from the Super Groms, is sitting nicely in third spot, just behind Boylan and Moffat, with Nathan Hatheier and Harrison Martin (who put in a top effort at a major junior championship event in Newcastle recently) a few points further back.

Ethan Jackson has a four point lead over Ben Boylan and Dion Earle in the SuperGroms tilt, so put your crash helmets on in anticipation of a battle royale in the April event.

Up for grabs as well as points this weekend are gift vouchers from Puresea Surf Shop, surf gear from STC and headphones from Skullcandy.

Next event is scheduled for 2-3 April.