You are here: Home / Competitions / Big Effort In King Of The Beach 2010

The Sandshoes squad put in a mighty effort to grab fifth position in last weekend’s King of the Beach showdown in the Alley.

The Triple Bull event presented by Quiksilver went off a treat, with good swell and offshore winds providing testing conditions for all competitors, especially with a high tide to deal with. 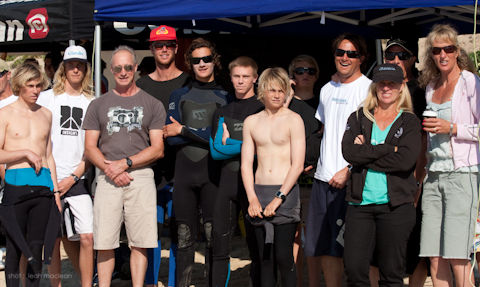 Sharks came in first, followed by Elouera, Christians and Garie.

Shoes, as we did last year, pipped The Point.

Shoes and The Point shared the CSA award.

A good effort all round, and a big thanks to Matty Mulder and John Hvass for putting the pieces together for the club’s participation.

Leah Maclean was on deck to capture a pictorial spread of all the action. See Gallery in the next couple of days.