Shoes has gained the financial support of Cronulla Real Estate for season 2018.

And what’s even better, the sponsorship hails from longtime Shoes surfer and Life Member, Mel Hatheier.

Mel is the proprietor of Cronulla Real Estate, and following discussion with Matty Cook, decided to donate $500 to boost the Club’s coffers. 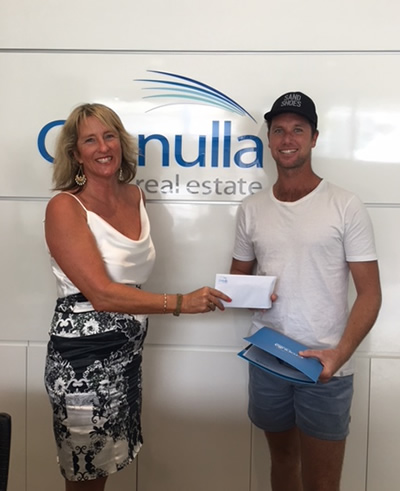 “After Sunday’s first competition for the year I am excited about the year ahead and the turn out we got, and hope to attend other events during the year.”

The sponsorship is so fitting as it comes only days after her son Nathan and daughter Shannon competed in the season opening tournament…both of them having competed as grommets many moons ago.

Mel’s husband Peter – a longtime Shelly Beach swimmer and enthusiastic supporter of the Shoes Club – was also on deck for the launch of season 2018…so a real family outing!

Shoes has long been a family club, with fathers and mothers, sons and daughters associated with the Reef that Rules for many decades.