You are here: Home / Competitions / Return Of The King

PT will be a special guest at the next pointscore event – on 6-7 March.

If the waves are happening, he will also compete!

Peter was a founding member of the pro circuit, winning the inaugural title in massive waves at Waimea Bay in1976 (when it was called the IPS; the ASP Tour replaced it in 1983).

Originally from Queensland, PT lived in Cronulla, off and on, for many years. He was a member of the world’s first and best Surfing Team – The Bronzed Aussies. He has lived in California for nearly 30 years.

He shredded in small and booming surf, and still does. During his days on the tour, he notched a record 29 second placings in tournaments.

PT starred in the classic surf feature “Big Wednesday”. He is on advisory boards at the ASP and the Surfrider Foundation. His son Tosh is one of the world’s best pro skateboarders.

The accompanying photo, taken by former move maker and surf magazine photographer Steve Core, shows PT serving up one of his signature manoeuvres – the Soul Arch. It was taken during a session at Shoes! 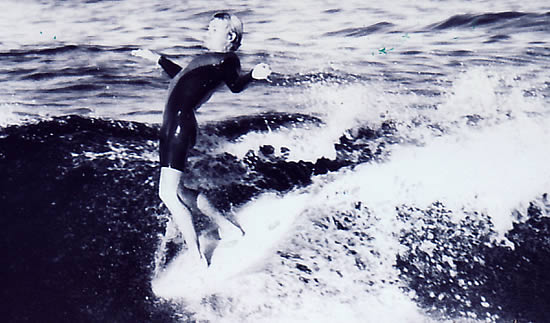 After all these years, on and off the circuit, and travelling the globe for American Surfing magazine, Rusty Surf Wear and his own business ventures, PT still includes Shoes in his list of Top Spots.

“It is a special Reef. You haven’t surfed until you’ve surfed Shoes,” he comments.

“I’m looking forward to seeing some of the club’s young hot surfers and catching up with some of its guns from the past like Reno Gillespie and Johnny Hvass.”