You are here: Home / Competitions / Shoes Championships Off To A Flying Start

The Reef that Rules served up solid and tricky swell for the opening world title tournament of the year.

The guns were blazing across all divisions, with a big turn-out of members and families to ensure the new season got off to a booming start.

With our beloved Patron for Life Dr John Murray watching from above, surfers cut loose on some sizeable and powerful waves to ensure that the judges had plenty of thinking to do.

Jetson Kuch was on fire in claiming the combined Grommet-Under 17s division, slashing and burning the powerful righthanders. Jetson used every trick in the book to edge out Luke Wedesweiler, Luca Durante, Oscar Hickey, Tom Callander and Toby Graham – all of whom put in mighty efforts in to get their fight for the 2018 championship off to a sterling start.

The Over 40s Masters was also a sensational battle for supremacy, with Critta Durante edging out reigning champ Brett Daintry, and swashbuckling manoeuvres from John Bonello and Neil Colman.

The Open division dog fight was full of barrels, slashing bottom turns and eye-balling floaters, as the top contenders went to work as if their lives depended on it.

In the wash-up, only a few points separated the kingmakers, with the judges working hard to determine the best performances. Matty Cook, riding a shortboard, struck gold, with silver to Nathan Hatheier (who was competing at Shoes for the first time in many years), and bronze to Reece Moffat and 2017 Junior titleholder Blake Sawtell.

The new siren, timing device, music technology produced by Brett was appreciated by all.

Our very good friend and newest Life Member Macca McDonald was on deck from the opening heat and as usual caught all the action on his magic camera. All Macca’s top shots can be seen on his personal photography and facebook platforms, and better still downloadable for free!

The Club acknowledges the support of its favourite sponsors: Karan Murray, Tengirri Surf Charters, WJ Partners, Vestal, Surf Trading Company, Triple Bull and PCC Surfboards. We ask members and their families to use their fabulous products and services. 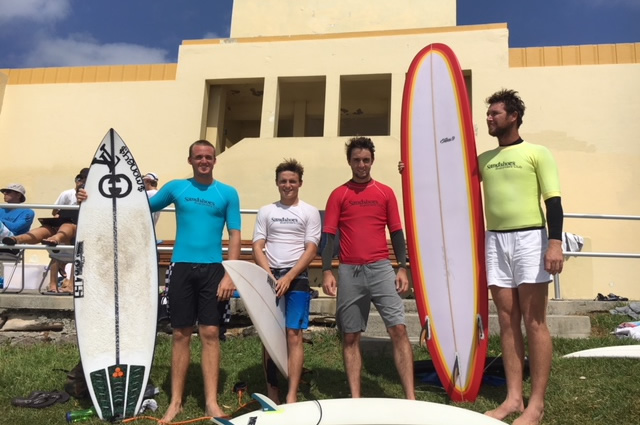 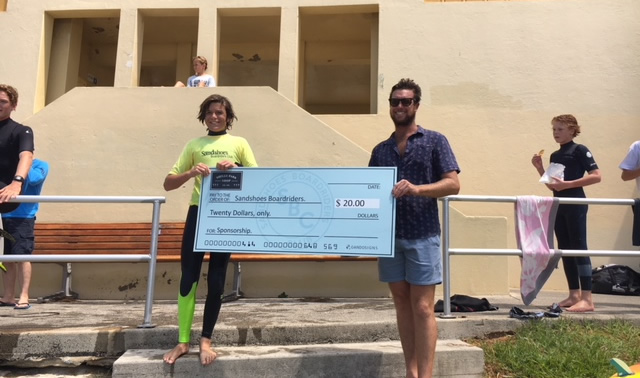