You are here: Home / Competitions / Shoes Goes Two in a Row at Battle of the Reefs

The Shoes brigade has fended off a late rally by Cronulla Point Boardriders to claim a second straight Battle of the Reefs championship.

The mighty Shoes team stuck to their guns from start to finish to run up a 69-52 winning score.

The late and great Dr John Murray – who the BOTR contest is held in memory of – would be busting with pride!

While the waves weren’t Point classic, our team – headed up by team captain Guy Turner – kept pushing the envelope in all four divisions.

The Point team had a full house of competitors to choose from, whereas the Shoes brigade relied on a tight team of competitors that were missing many of our big name stars due to work and other commitments.

But that hardship meant that our team members went off even more, with Jarvis, Matty, Charlie, Koby, Dave, Marty, Luke, Johnno, Harry, Guy, Chris, Greg and Blake racking up the winning scores.

The Club dips its lid to all those who fought the good fight, laying waste to the TAB’s odds showing the Point were firm favourites.

A very proud day for the Club.

The Battle of the Reefs trophy will live with the 2017 Shoes Open Champ for the next 12 months! 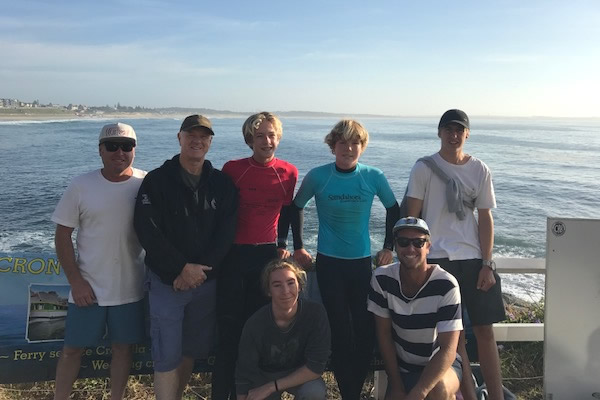