You are here: Home / Competitions / Green Keeper into the Blue

Lawn bowlers are a demanding lot, which makes it hard for greenkeepers to get time on weekends to turn out for Sandshoes pointscore events.

But when they do show up – watch out!

Take multiple Shoes champion Pete Hvass, for example. He hasn’t been near a contest all year as duties on the bowling greens of the Shire have been calling loudly.

But holiday leave meant he took to the water for the August contest, and for other competitors, that was definitely bad news. 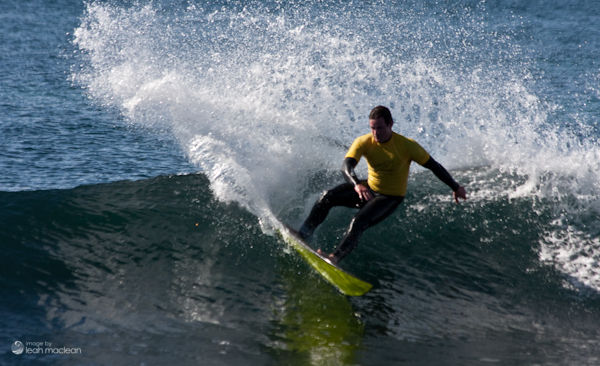 Hvassie held court in the clean, small and challenging waves like he had never been away, with a constant stream of radical moves making him the performer of the day.

In the end he took out Tyler Barnes, Peter Rackemann and reigning champ Jarrod Horner in the Open Final with a series of big snaps coupled with atleast two reverse 360s.

Welcome back Pete, who picked up a Puresea Surf Shop voucher for his trouble.

But not to worry Jarrod, who sits loftily on 76.5 points on the title leaderboard – 14.5 points clear of Matty Cook, followed by Tom Mulder, Kim Anderson, Dave Moffat and Nathan Daley – with three events to go.

Reece Moffat and Jacob Boylan went at each other in the Junior final, trading standout manoeuvres that had the judges looking for more than 10 points per score per ride. 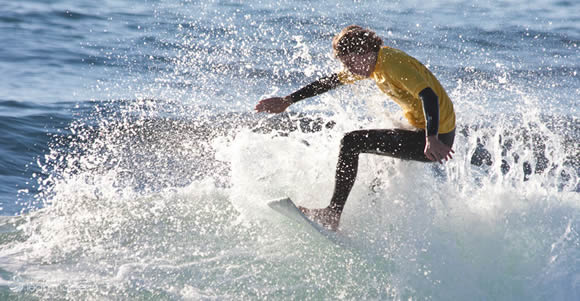 The SuperGroms was a standout clash, with Dion Earle on fire with his snaps and drawn-out bottom turns. It was a very tight encounter, with Travis Heaps, Marcus Moffat and Rohn O’Sullivan all riding above themselves. 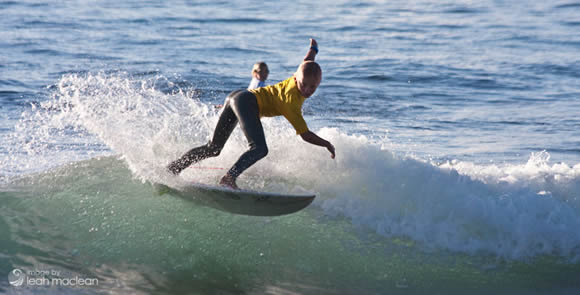 Check out the Gallery for all of Leah Maclean’s magic photos.

Next event is 3-4 September